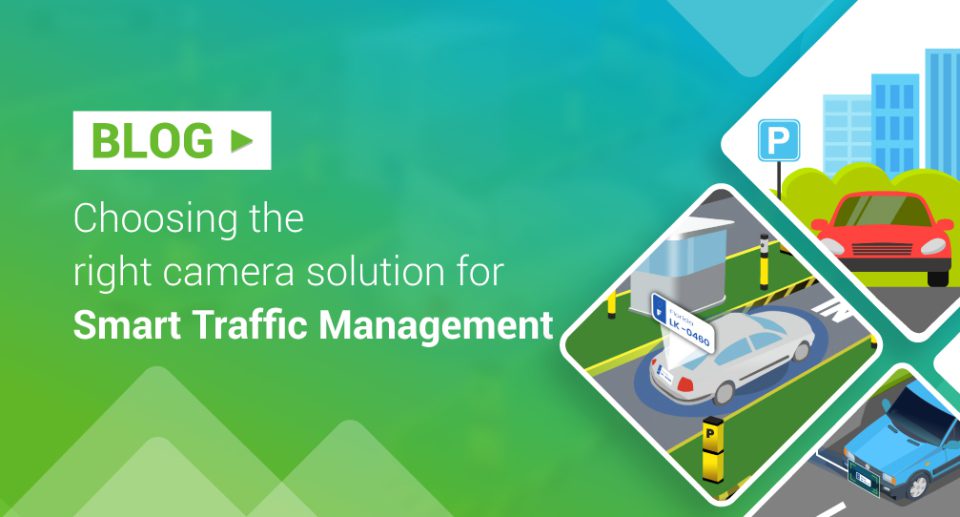 Increased traffic congestion, overcrowding and rise in fatal accidents in cities demand a coordinated traffic management system. Today, an Intelligent Transport System (ITS) has become a necessity more than a luxury in urban planning, and has already been utilized in various cities across the world. In these, reliable vision systems play a significant role in smart traffic management by helping in accurately acquiring data on vehicles and pedestrians.

Many ITS applications like Automatic License Plate Recognition (ALPR), traffic monitoring, parking lot management, people counting in traffic signals etc. require cameras that can read numbers and texts and perform facial recognition & demography analysis. In this article we explore the key benefits of using cameras in an ITS, and more importantly how to choose the right camera for your ITS or smart traffic management solution.

Key benefits of a reliable vision system in ITS:

Before we learn how to choose the right camera for smart traffic management, it is imperative to understand why ITS devices need a vision system, or rather what are the benefits of an ITS having cameras in it. Following are some of the most important advantages:

How to choose the right camera for smart traffic management

Now that we have a fair bit of understanding on the benefits of using a camera in a smart traffic system, let us learn how to choose the one that perfectly fits your application.

Each smart traffic application performs distinctive functions that call for a camera with different feature sets. Following are the key factors to be considered while choosing the right camera solution for a smart traffic system.

Let us now look each of these factors in detail.

The Department of Transportation in Tennessee has deployed ITS systems in highways and tunnels to monitor traffic and ease congestion. One of the challenges faced by the transport department was covering the wide FOV (Field of View) or area at highway intersections. This means that the systems need a camera with high resolution that gives an image output that can be zoomed in to view the necessary details of a scene.

Now, what is the recommended resolution for such a system?

Though Full HD used to be the preferred technology to cover wide FOV, it led to a significant loss of detail when zoomed in. Hence, 4K cameras – with a resolution of 3840×2160 – have been preferred in the recent days. It has been a game changer with four times the number of pixels (8 million vs 2 million) compared to a Full HD camera.

But is 4K resolution alone enough for covering a large area?

Not really. Sensor size also determines the ability of a camera to cover a wide field of view. A large sensor has large pixel size which allows to capture more photons due to its large pixel well. Higher the number of photons, more will be the light absorbed, and hence better will be the details captured.

Let us try to understand this concept by looking at an example.

A large pixel size also facilities a short exposure time which helps to capture images with less noise. This shorter exposure time also allows to reduce motion blur in the output image caused due to fast motion of the target objects.

Next, let us look at sensor size.

Typically, in smart traffic management applications, a lens with wide FOV is used. This would mean that the sensor should also be large enough to accommodate the light from the entire scene without losing any detail.

In short, a camera with a combination of high resolution, large pixel size, and large sensor size is recommended for Intelligent Transport Systems.

Imagine the entry point of an underground parking with a smart parking system that automatically detects the license plate of incoming vehicles. The challenge here is the contrasting lighting conditions at the target scene due to sunlight during the day and headlights of the vehicles during the night. The camera of the traffic system in these situations must capture an image from inside the parking lot with the scene being partially dark and partially bright. A standard camera is designed to work with a single exposure time cannot capture this scene properly. With such a camera, the bright areas will be overexposed, and dark areas of the scene will remain dim.

To overcome this, a camera with High Dynamic Range (HDR) is recommended.

An HDR image is usually obtained by capturing three to four images of the same scene, each at different shutter speeds which results in multiple images spanning dark to bright. Then the image signal processor combines all these images to get the final output image. Though the HDR feature is supported by many sensors, this post-processing activity of taking either one image or a series of images, combining them, and adjusting the contrast ratios with a single aperture and shutter speed requires a dedicated image signal processor (ISP).

An HDR camera prevents the target scene from the bright areas being overexposed and the dark areas being underexposed. Have a look at the below image to better understand the difference between images captured using a normal camera and an HDR camera in bright lighting conditions:

Imagine a camera mounted on a pole that detects the license plate of a fast-moving vehicle. There are predominantly two challenges faced by the camera while capturing such moving objects:

Rolling shutter artifact is a phenomenon caused by the fact that in a rolling shutter camera, an array of pixels is exposed sequentially line by line. Many a times, the position of the moving object would have changed by the time the last line is exposed. To overcome this, a global shutter sensor is recommended. Since global shutter cameras expose the entire frame simultaneously, the entire scene is captured at once.

Motion blur is the blur caused in the output image when the target object moves too fast. Capturing a fast-moving object without blur requires a camera with high shutter speed or low exposure time. This will ensure that the maximum number of frames is captured in the least possible time. Please have a look at the below image comparison to understand motion blur better. The one captured with a low shutter speed camera illustrates motion blur.

A caveat of using a high shutter speed camera is that this could sometimes lead to underexposed frames depending upon the lighting condition. It is crucial to take into consideration the lighting in the scene before adjusting the exposure time for faster capture. Additional lighting can be added at the scene to compensate for the reduction in exposure time. Choosing a camera with a large sensor is another method to address this issue owing to its large pixel well.

Many smart traffic applications have cameras mounted on a pole where they are connected to a host processor that is typically placed at the bottom of the pole. This many a times demands long distance transmission of the captured image and video data. The most commonly used interfaces in vision systems are USB and MIPI. MIPI cables can offer transmission of data up to a distance of 1 meter, but are most reliable within 50 centimetres. At the same time, USB can transfer data reliably up to a distance of 3 meters.

In short, you need to choose the interface depending on your end application and cost considerations.

As it has been explained in this article, different types of ITS applications require different cameras. Shutter type, frame rate, interface, HDR capabilities, high resolution and sensor size are some of the major criteria based on which a camera can be chosen for specific applications in smart traffic systems.

e-con Systems has developed a series of reliable HDR and global shutter cameras for smart traffic applications.  Here is the list of some of our most popular products for smart traffic management or Intelligent Transport Systems.

How to choose the right camera for Automatic Number Plate Recognition (ANPR)? 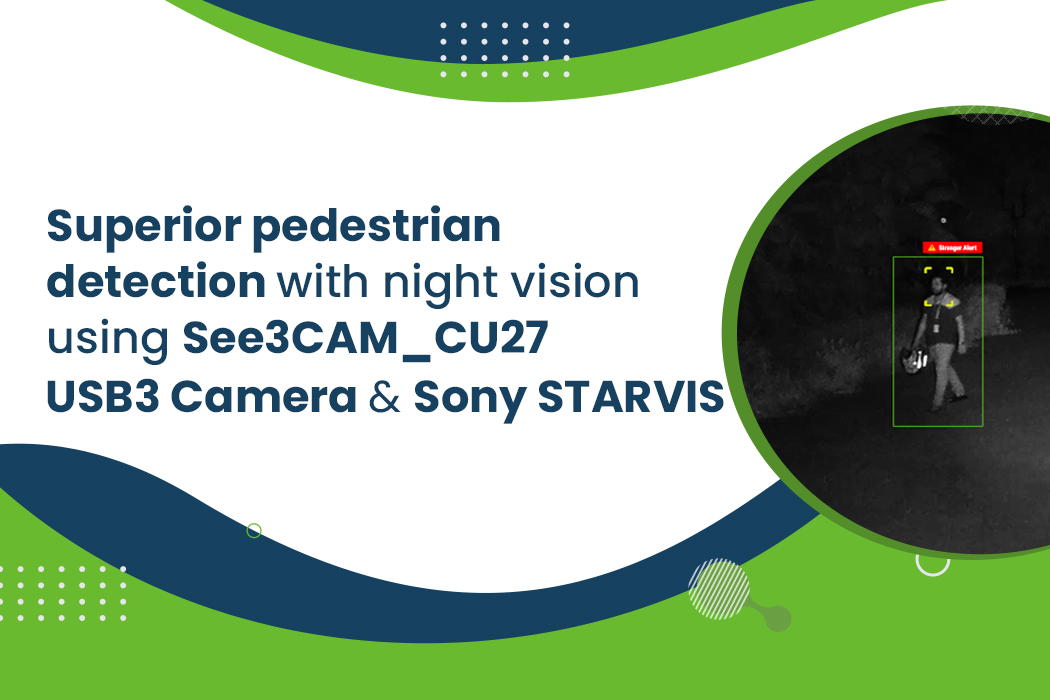 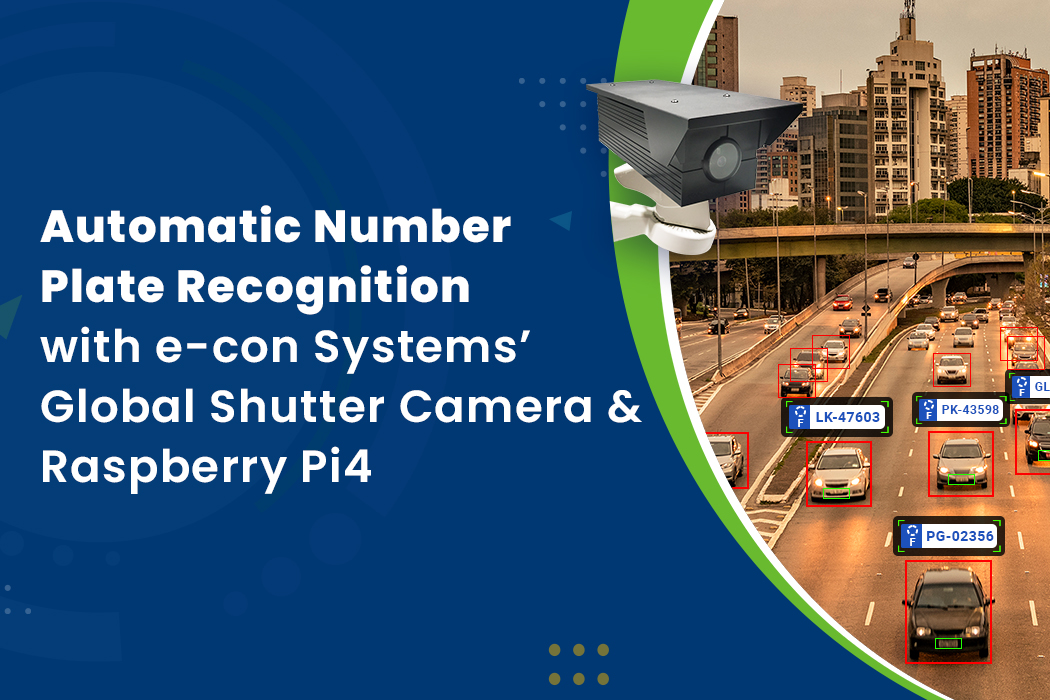 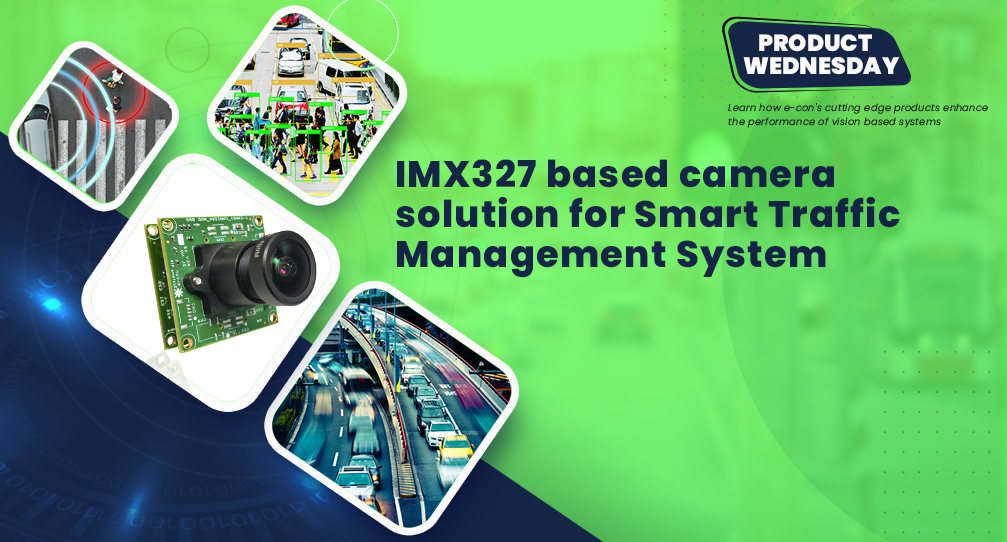