Changing the system state can be as simple as a cup of tea! by calling SetSystemPowerstate() API. But not all power states can be allowed to set through this API in the default cases. For example setting to “SystemIdle” using this API will be failed.

The above code snippet is the power state class for user idle, derived from PowerState class. Similarly, all power states are having their own classes  as explained above. 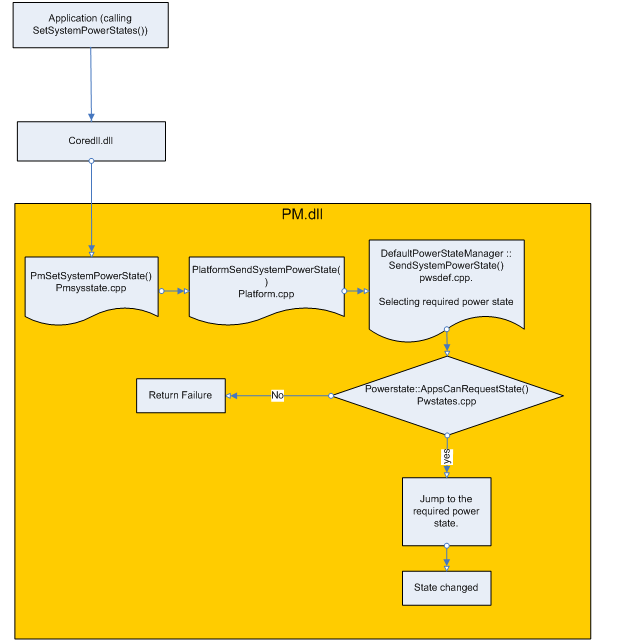