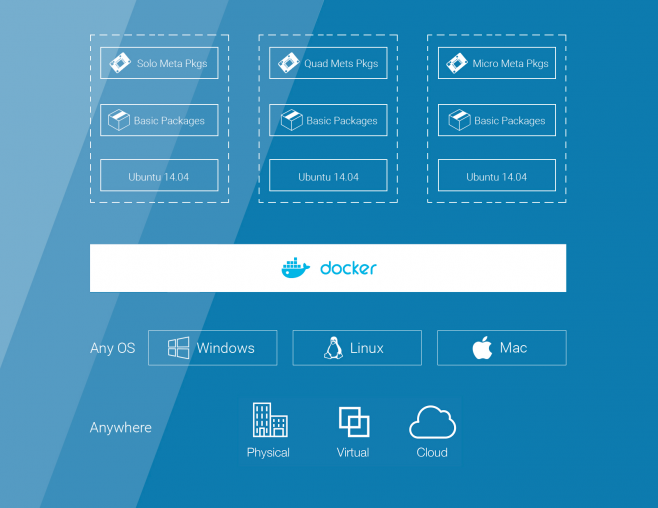 How to build a Linux OS Image for Freescale i.MX6 (eSOMiMX6) using a Windows, Linux and Mac PC ?

So here is an easy way to build Linux OS images for e-con Systems™ eSOMiMX6 SOMs, our most popular system on module that runs on Freescale i.MX6.

There are 2 advantages you get if you follow this build method,

Docker is a neat tool that allows you to have a consistent environment for developers and production build machines. Docker enables users to run their containers wherever they please either in a Cloud or on-premise and in any OS like Linux, Windows and mac.

The container we’ve created gives you everything you need as soon as your eSOMiMX6 board arrives. Using this container for builds allows team members to use whatever Linux distribution or OS they want on their workstations, but all have access to a common build environment.

Apart from maintaining the build environment and allowing the developers to have workstations with any OS (Linux, Windows, mac) or Linux distribution, we’ve also reduced the build time of eSOMiMX6 rootfs and the kernel.

Yocto build needs to download hundreds of packages to build the kernel and the rootfs. We’ve added these packages in our container. This avoids downloading packages during the builds.

To validate docker for Yocto builds, we tested the Docker and the legacy approach.

We found out that we were able to run the same Docker image on Linux, Windows and mac machines.

Also as mentioned earlier, build time was considerably reduced by 4~5 hours when compared to legacy approach.

E-con’s docker container allows you to maintain build environment, allows developers to have their workstations with any Linux distribution or OS (Linux, Windows, mac) and also reduces the setup and the build time which will certainly reduce the build $$$.

Repository information and step by step instructions to install docker on various platforms can be downloaded from – developer.e-consystems.com

For further assistance and queries please get in touch with sales@e-consystems.com

Now let us know in the comments if this was useful.