e-con Systems™, a pioneer in building embedded products has proven expertise in taking Android based products to the market. e-con Systems™ has been working on Android for over 7 years now. e-con has done extensive work on the Android internals and our embedded engineers have an in-depth system level understanding.

There are two Power management methods in Linux. 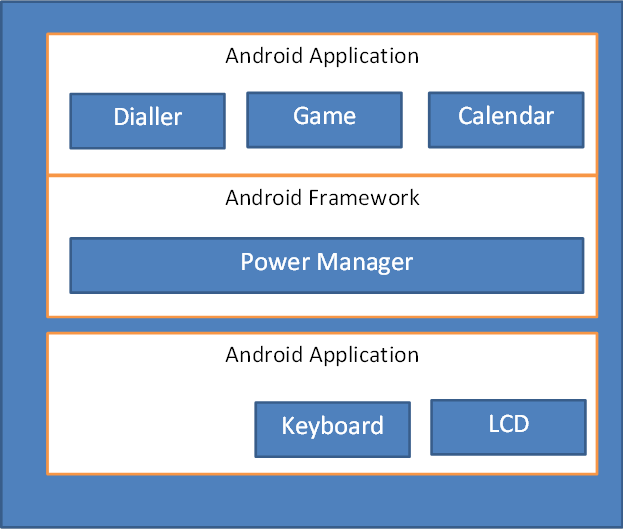 Apart from application wake, android does have Kernel wake lock as well. Just to prevent the CPU to goes to sleep mode before it completes some important tasks. Drivers can take a wakelock to do some important tasks like receiving a complete packet from the wireless adaptor.

Also the wake lock can be acquired from native applications through power.c interface.

Upon pressing the power button the application will call the goToSleep API which will force release all the wake locks. This will allow the device to go to sleep state immediately and then /sys/power/state will be set to mem.

e-con Systems™ optimizes power management to a great extent by working closely with the lower level BSP of the processor and the Android Power States. Contact our Android experts – sales@e-consystems.com if you require any support or have any queries.